Long before he graduated to Jurassic Park sequels, Spanish director Juan Antonio Bayona made a big splash with his directorial debut, a wonderfully classy, refined, and straight-up terrifying tale of a haunted, abandoned orphanage. What starts out as a very laid-back 1970s-style occult thriller slowly evolves into a legitimate horror story, thanks mainly to somewhat excellent actors—but also because of some sudden, shocking jolts you simply won’t see coming.
Rent it now on Amazon Prime

While this beloved cult relic from the 1980s has no official relation to George Romero’s classic trilogy, it’s safe to say that writer/director Dan O’Bannon drew a lot of inspiration from that series — and then he just went punk rock, Mad Magazine-style insane, and the result is one of the most entertaining horror comedies you’ll ever see. Not only is the flick frequently funny and horror-nerd-friendly, but it also delivers several amusing performances and some of the coolest zombie get-ups you’ll ever see.
Rent it now on Amazon Prime (or stream for free with Cinemax) 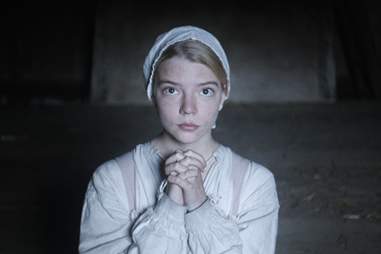 One of those endlessly controversial “arthouse horror” flicks that genre fans love to argue about, I am on team “YES” when it comes to this fascinating and unique period piece. It’s about an ostracized family that slowly comes to realize something very dark and dangerous is waiting just outside their door. Is it an actual witch, or is it a clever metaphor for intolerance, alienation, and class struggle? I say it’s both, and it’s beautiful. Frankly, I wish director Robert Eggers would unleash a sequel or two.
Rent it now on Amazon Prime (or stream for free with Showtime 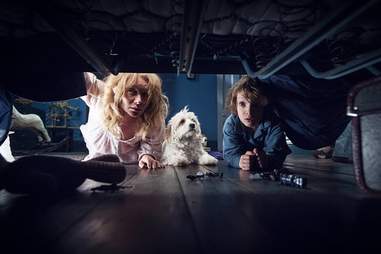 There are lots of horror films that deal with children, either as aggressors or as potential victims, but very few have been able to capture both of those ideas simultaneously as well as Jennifer Kent’s endlessly fascinating The Babadook. On the surface, it’s the story of a book that certainly seems to be possessed by the soul of a horrible creature, but it’s also about the bond between mother and child, the fear of losing your grip on reality, and the deep instinct to protect your family at any cost. Plus, yes, the titular creature is darkly wonderful, as is the creepy storybook in which he resides.
Rent it now on Amazon Prime; watch it on Shudder 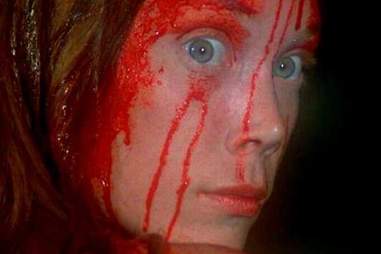 Brian De Palma’s adaptation of Stephen King’s debut novel cemented both men as forces to be reckoned within the department of scary stories, but it’s the lead performance by Sissy Spacek—and the monumental one from Piper Laurie as Carrie’s mother!—that vault this film from basic revenge story to legitimately tragic terror tale. If you’ve seen one horror film in which an awkward outcast takes revenge against their tormentors in brutal and horrific fashion, then you’ve seen the powerful influence that Carrie left on the horror genre.
Rent it now on Amazon Prime 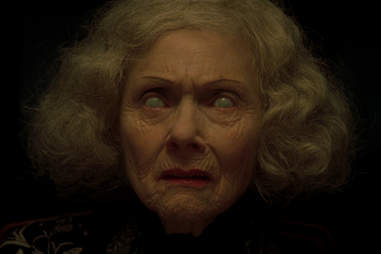 It’s sort of a cheat to include double features in lists like this one, but sometimes while trying to find a spot for a particular chiller, you nail a perfect pairing. The Innocents is about a haunted house that just might not be haunted at all, whereas The Others is about a haunted house that’s haunted by, well, I’m not going to spoil it. Both films milk the creaky, old haunted house motif wonderfully well; both are laden with strong performances; and both manage to hit a wonderfully satisfying, bittersweet tone that’s the hallmark of great Gothic fiction.
Rent The Others on Amazon Prime; watch on Hulu 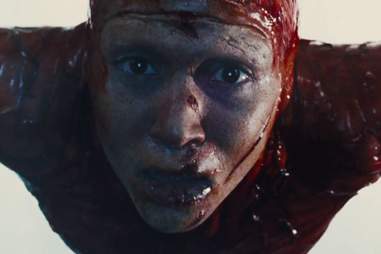 You know how sometimes you have to build yourself up to try something scary like a roller coaster or a ridiculously spicy food? You’d start with a smaller carnival ride or mildly spicy sauce in order to prepare yourself for the really rough stuff. That’s how one should approach this ferocious, thoroughly unpredictable, and borderline brilliant deconstruction of horror, torture, and violence: with caution. On its surface it’s sort of a “home invasion” thriller, but the deeper you dig into this rabbit hole the freakier and more horrific the discoveries become. Don’t say you haven’t been warned.
Watch it now on Hulu or Shudder 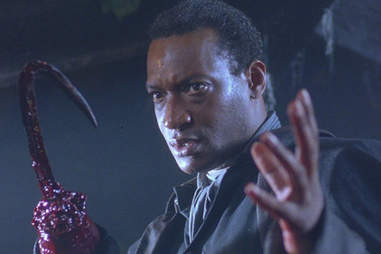 When it comes to Clive Barker movies, most people generally talk about Hellraiser. Or Nightbreed. Oooh, or Midnight Meat Train. Where was I? Oh yes. This is easily one of the finest adaptations of the man’s work, partly because of fantastic performances from Virginia Madsen and Tony Todd—and great choices from writer/director Bernard Rose—but also because Candyman is a very well-made, audacious, and quietly disturbing thriller that goes to challenging places. If you want a “fun” horror film, look elsewhere. This one deals with racism, slavery, and oppression in a way that’s bold and unique.
Rent it now on Amazon Prime 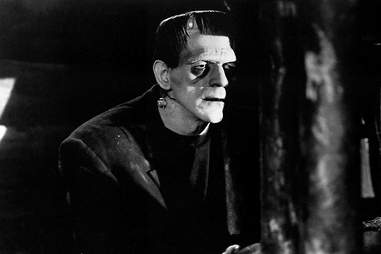 James Whale’s tragic adaptation of the celebrated Mary Shelley novel was the gold standard for decades—even if it did generate a sequel that turned out superior in nearly every regard—and it’s not hard to see why. The production design alone is the stuff of a mad nightmare, Boris Karloff provides an unlikely soul to the creature stitched together with spare parts, and the film is laden with iconic moments that still manage to pack a wallop nearly 90 years later.
Rent it now on Amazon Prime

Sam Neill and Isabelle Adjani star as a married couple whose relationship is clearly falling apart. Sounds pretty simple, right? Wrong. This visceral gut-punch of a horror film pulled itself from obscurity to become an unlikely cult classic to horror fans over the world. It’s worth seeing for the stunning lead performances alone, but it’s also a horrific and fascinating metaphor for the ugly dissolution of a previously loving relationship. Yeah, it’s pretty 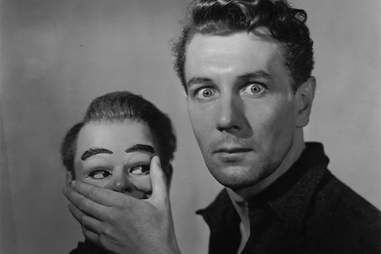 You won’t find all that many British horror films from this particular era, but there’s no denying that this Ealing Studios classic is one of the most beloved (not to mention influential) anthology horror films ever made. Although probably best known for its truly creepy story involving a freaky doll (much like 1977’s Trilogy of Terror!), there’s enough eerie mood and ominous atmosphere here to fill three more anthologies.
Watch it now on Shudder

The Incident Of Chernobyl

Top 10 Haunted Places in the World.